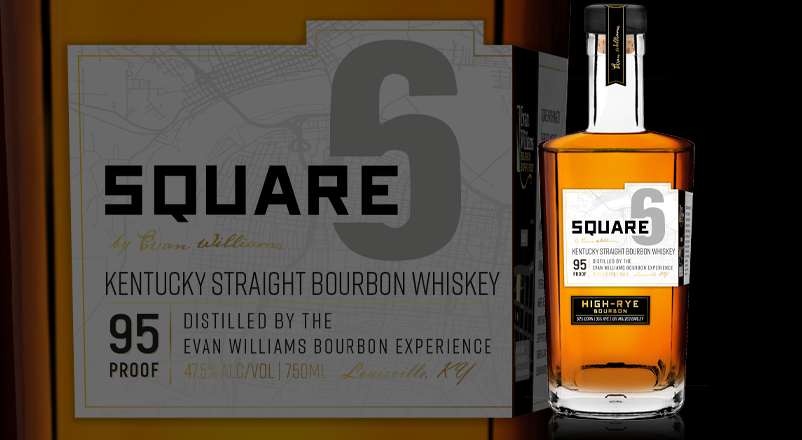 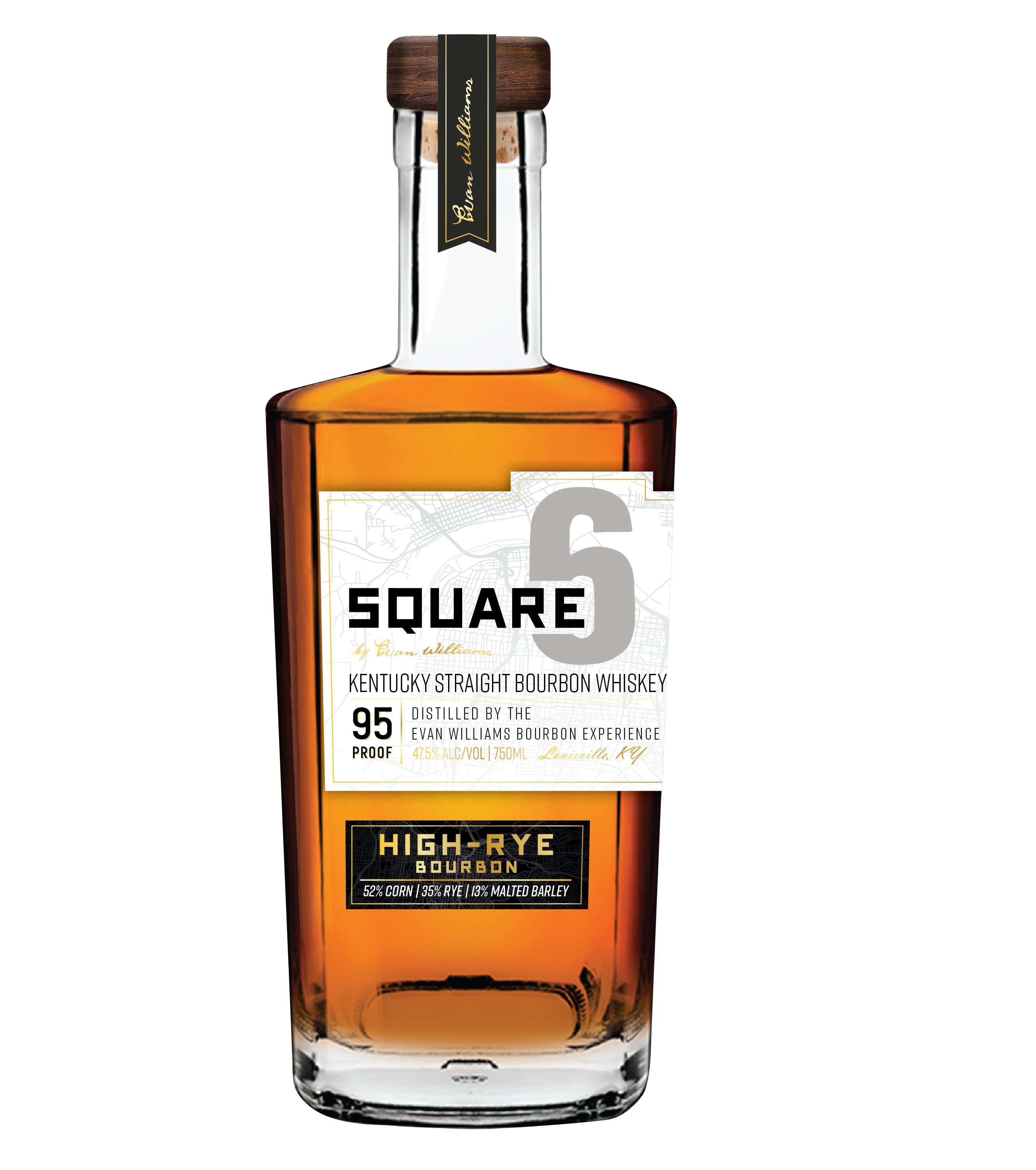 As a High Rye Bourbon, the Square 6 mashbill consists of 52 percent corn, 35 percent rye and 13 percent malted barley, a new Bourbon recipe under the Heaven Hill Distillery portfolio. Artisanal Distiller Jodie Filiatreau distills one barrel of American Whiskey per day at the Evan Williams Bourbon Experience and is continually crafting innovative mashbills and tweaking the hand-crafted process for each new recipe. Since the building of the craft distillery, Heaven Hill has been patiently waiting as the barrels quietly age to maturation. During this aging process, a team of master tasters samples each recipe at various stages until that specific mashbill has been deemed to have achieved a taste profile worthy of bottling. Square 6 High Rye Bourbon is the first result of this process and the first bottling from the Evan Williams Bourbon Experience stills. A testament to Heaven Hill’s patience and hallmark extra-aging, Square 6 High Rye Bourbon was aged to perfection before being bottled at 95 proof. Square 6 has a golden amber color, with notes of tobacco, fig and honey on the nose, earthy notes with cardamom and cinnamon to taste, and a short, dry finish.

“Today marks another milestone in the educational, interactive experiences offered at the Evan Williams Bourbon Experience as we can now experience the aroma and taste of this truly hand-crafted process from the grain to the glass,” said Max L. Shapira, Heaven Hill Distillery President. “From the first day Artisanal Distiller Emeritus Charlie Downs turned on the stills nearly eight years ago to Artisanal Distiller Jodie Filiatreau patiently waiting years for this product to come of age in the barrel, today we celebrate Heaven Hill’s commitment to quality and attention to detail.”

Square 6 will be released in a 750ml, stylized, squared off glass bottle with the face label depicting the original map where Evan Williams’ distillery was originally located. The packaging also includes Evan Williams’ signature and the product recipe. The limited release of Square 6 High Rye Bourbon will be available in small quantities as a unique offering at the Evan Williams Bourbon Experience and available at select Kentucky retailers for a suggested retail price of $89.99.

ABOUT THE EVAN WILLIAMS BOURBON EXPERIENCE: The Evan Williams Bourbon Experience® (www.EvanWilliamsBourbonExperience.com) celebrates the legacy of Evan Williams, Kentucky’s first commercial distiller, through an immersive visitor’s center experience which brings to life the history and tradition of Kentucky’s native spirit. An official stop on the Kentucky Bourbon Trail®, the facility offers guests a historical glimpse back in time to see Evan Williams’ original distillery through high definition video recreations of the Louisville wharf and Main Street in the late 18th Century, plus recreations of Whiskey Row building facades along Main Street from the 1890’s through the present. Meanwhile, visitors learn the essential differences between distilling during Evan Williams’ era and Heaven Hill’s modern Bernheim Distillery operations.